Heir Island Sloops are built by Gubby Williams, a longtime Heir Island resident and a lifelong sailor who has crossed the Atlantic multiple times. Gubby was asked by Freddie Newhaus, who owns a summer house on the island, to build a small sailing boat for day sailing and possibly to race as a one design class. He came up with his own design, drawing from many influences and experiences, mostly from traditional type boats.

The class name was created to bring credit to Heir Island and its traditions, and many of the sloops were named after the women of Heir Island. The first sloop was called Theresa, after Theresa Pyburn (nee O’Donovan), who was born in the house Freddie Newhaus now owns. There is also Nell, named after Nell McCarthy and Lizzie, named after Lizzie Minihane, which was launched by Lizzie herself in June 2004.

As of today, there are twenty three sloops in the world, and every summer, Heir Island Sloop owners gather for races and day sails, as well as to participate in the Baltimore and Heir Island regattas. 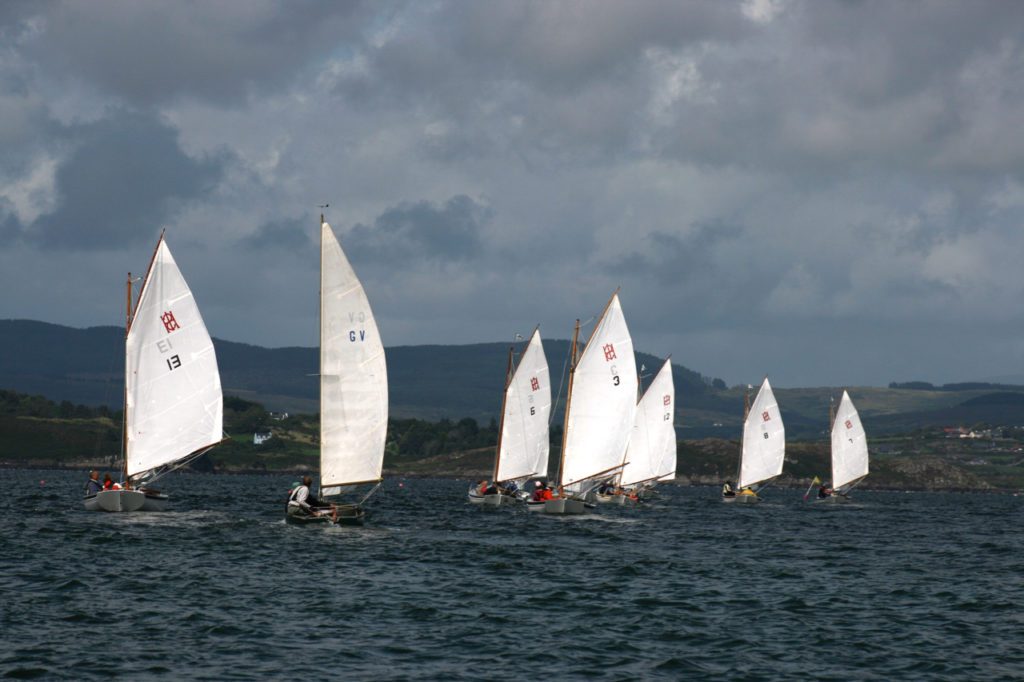